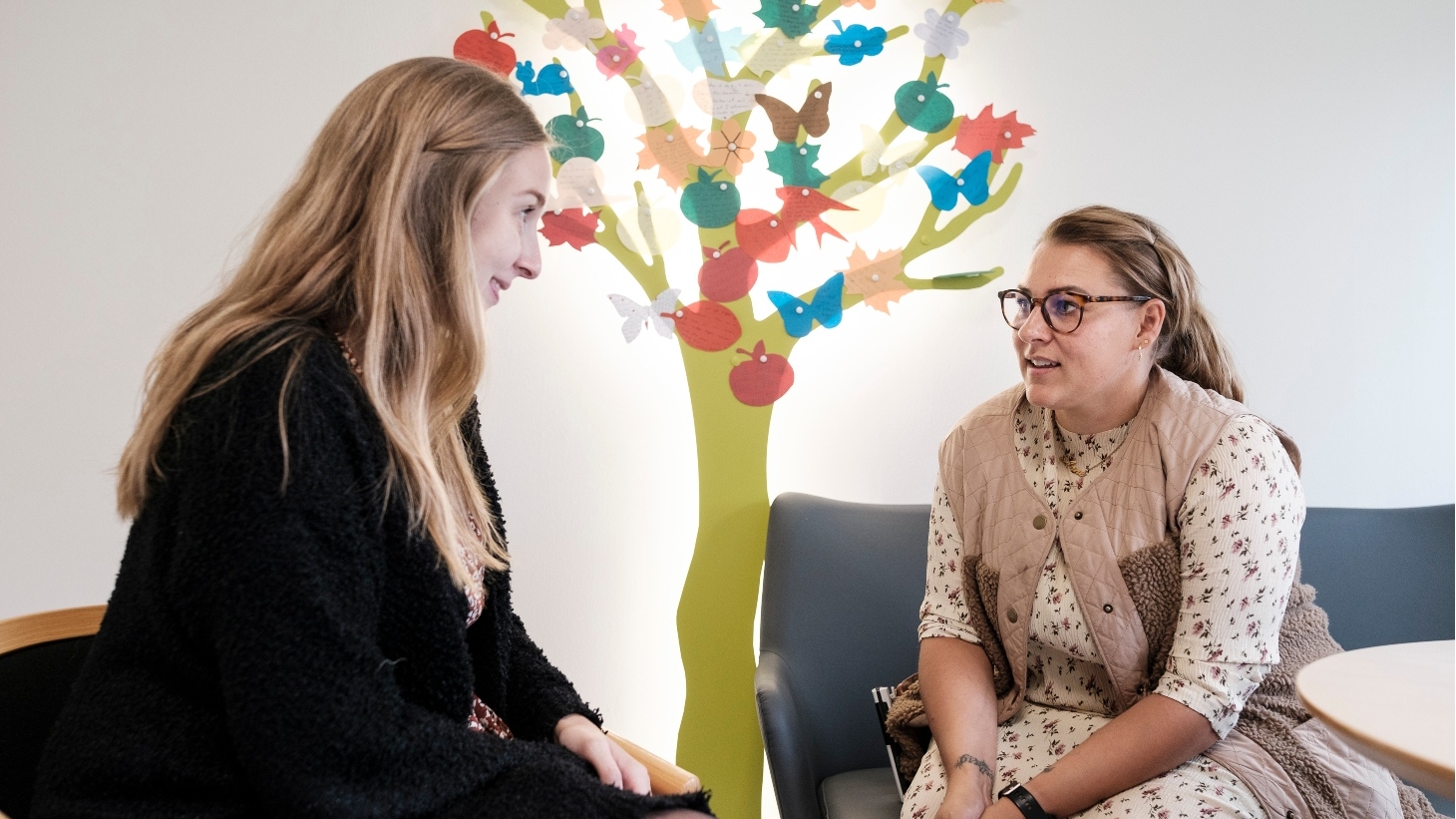 This page provides you with information about OCD in adults.

The psychiatric services in Central Denmark Region treat OCD in these teams:

What is compulsive thoughts?

What are compulsive actions?

In some people with OCD, there are no compulsive thoughts behind the actions, but they experience extreme discomfort if they are unable to perform their compulsive actions.

The experience of having OCD

A minority of OCD sufferers are convinced that their thoughts are right and believe their compulsive actions are reasonable. They are unable to distance themselves rationally from their thoughts.

OCD affects 2-3% of the population worldwide. The symptoms vary from person to person. Most people with OCD will find that the disorder affects their quality of life.

“I tried to control my compulsive thoughts, but the more I tried not to think of them, the more they filled my head. It was impossible to control my thoughts, and I became more and more convinced that I was going mad.”
Kathrine, 24

Reactions from relatives and outsiders

Why do some people delevop OCD?

There is no straightforward explanation for why some people develop OCD. The cause is often a complex interaction of different factors, including genes, congenital susceptibility, and various types of stress and burdensome events.

Factors in the brain

Today, OCD is regarded as a neuropsychiatric disorder, in which a disturbance in the brain’s neurotransmitters, mainly serotonin, plays an important part. Effective treatment shows a normalisation of this disturbance. Brain scans show that certain areas and structures of the brain are often affected. In rare cases, OCD may be due to brain infections.

Many OCD sufferers have a genetic predisposition for developing the disorder. There is a higher risk of developing OCD if someone in the family has it – especially if there is early onset of the disorder.

Although all the evidence points to OCD being predominantly a genetic, biological and neurological disorder, social and psychological factors are also involved. Different types of stress can contribute to the development of OCD. Stress can also aggravate existing symptoms.

For example, unfortunate patterns of communication or a negative atmosphere in the family may contribute to maintaining or even aggravating the symptoms. It is therefore often important also to incorporate social and psychological aspects in the treatment and to involve the family and other key persons.

Many different compulsive thoughts and actions

People with OCD exhibit many different compulsive thoughts and actions.

Some OCD sufferers have a single type of symptoms, but most have several different types. Over time, the obsessive-compulsive symptoms may change content and nature.

To be classed as OCD, the symptoms must involve suffering or affect everyday functions. Compulsive thoughts may have many different themes, and compulsive actions take many different forms. Below you can read about some of the most frequent types.

Here you typically have an excessive fear of getting dirty or contracting diseases. It may also be fear of accidentally spreading dirt or passing on bacteria to other people.

This often results in compulsive actions in the form of excessive hygiene or cleaning.

An OCD sufferer with checking behaviour checks certain things over and over again. This may, for example, be door locks, electrical appliances, whether he or she has forgotten/lost something, whether others have been injured, etc.

For some OCD sufferers, this makes it virtually impossible to leave their apartment or house because they are unable to conclude their checking rituals.

Compulsive thoughts of an aggressive or sexual nature.

Many OCD sufferers are anxious about doing harm to other people or to themselves, either intentionally or negligently. Others are plagued by compulsive thoughts about sexual acts that they perceive as immoral or repulsive.

OCD sufferers who are tormented by these compulsive thoughts often try to avoid situations that trigger these thoughts.

The vast majority have mental rituals. This may, for example, be trying to control their thoughts or trying to force the thoughts out of their head.

Many are afraid that they will act on their thoughts and many keep them secret because they are ashamed of thinking these thoughts.

“I was afraid that if I told someone about my thoughts to harm others deliberately, they would distance themselves from me. And I was afraid, too, about whether I really was a violent person when my thoughts kept focusing so much on violence and rape.”
Rasmus, 42 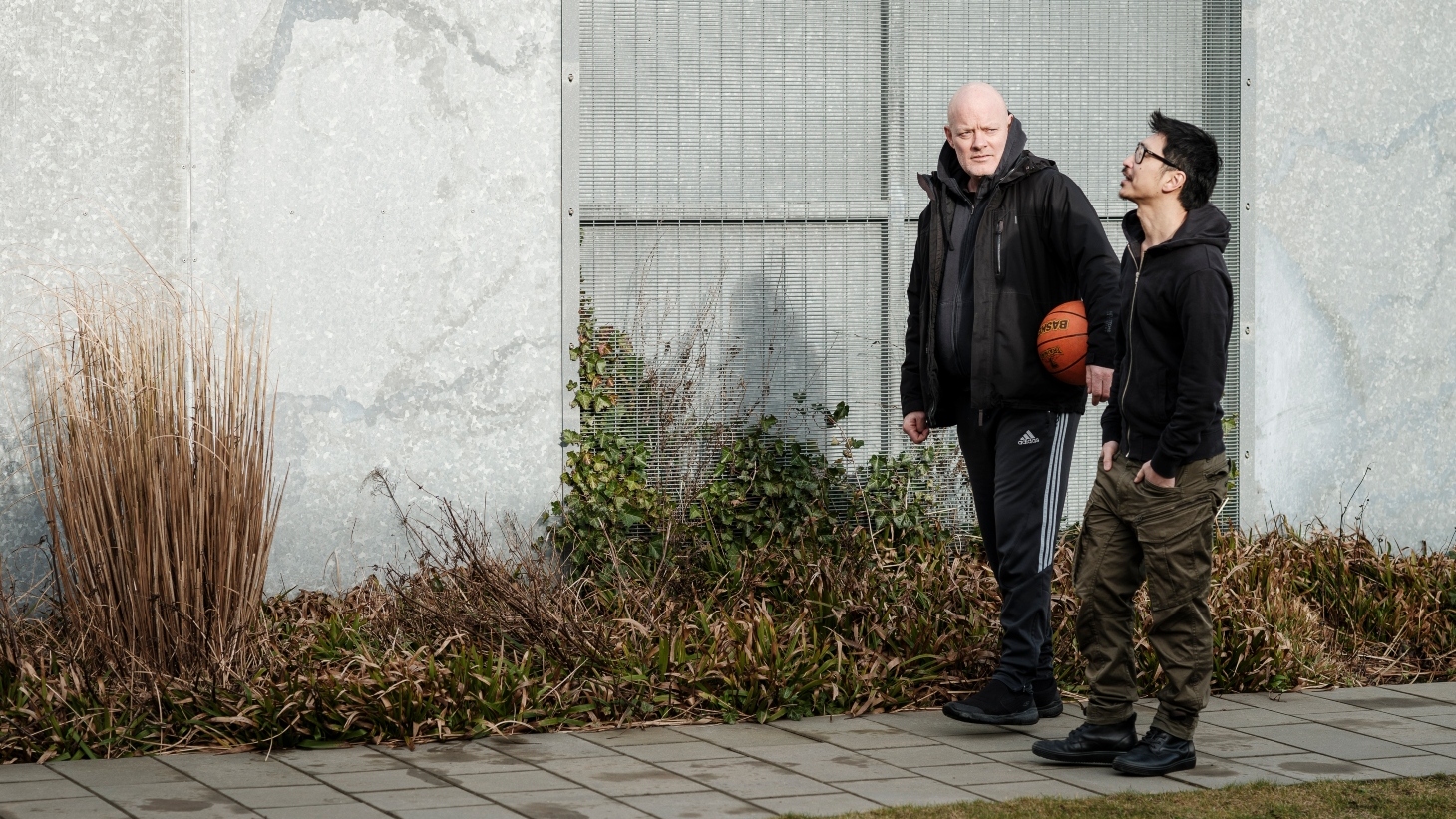 Compulsive thoughts of a religious or moral nature

Here, the OCD sufferer is controlled by excessive, strict and rigid rules about what is right from a religious or ethical point of view. Often, he or she will try to avoid even the tiniest deviation from these rules.

Compulsive thoughts about symmetry or accuracy

Compulsive thoughts about symmetry or accuracy are characterised by an excessive compulsion to arrange things symmetrically or in a particular order.

This may, for example, be excessive avoidance behaviour or rituals associated with contact with superstitious phenomena, for example black cats, cemeteries, certain dates, numbers and the like.

They often result in the OCD sufferer going excessively to the doctor, continuously checking his or her body for signs of illness or excessively seeking information online about the illness in question.

Repetitive rituals involve repetitions of ordinary everyday actions, such as switching lights on and off, opening and shutting the door or going back and forth across the doorstep.

Mental compulsive actions are compulsive actions which are carried out inside the OCD sufferer’s head and which are not visible to the outside world. This could, for example, be saying prayers, reciting rhymes, trying to suppress or change unwanted thoughts or counting rituals.

Reassurance seeking is often used by OCD sufferers to obtain reassurance from others that the things they fear will not happen, or that what they have done is good enough. Often, the same questions are asked over and over again. This type of compulsive action may be a great burden for relatives.

Other types of compulsive thoughts and actions

Compulsive thoughts can also be about other themes and the compulsive behaviour can assume other forms than those referred to here.

Almost any kind of thought or behaviour can develop into a obsessive-compulsive symptom. Within the different types of symptoms, the disorder manifests itself in widely divergent ways in the individual person.

Some OCD sufferers become socially isolated because they have difficulty being around other people. They might have to wash their hands many times a day and they are always unsure about whether they have washed them thoroughly enough.

An OCD diagnosis is made based on in-depth consultations with a doctor or psychologist and an examination of the person in question. Special questionnaires, prepared with a view to diagnosing OCD, are often used. In some cases, the person’s doctor can make the diagnosis.

In other cases, it may be a difficult matter that needs referral to a specialist in adult psychiatry, or to an outpatient psychiatric department with specialised knowledge of this field. The reason for the difficulties may be that the OCD sufferer finds it hard to talk about his or her symptoms, or because the symptoms may be highly different and resemble symptoms of other mental disorders. 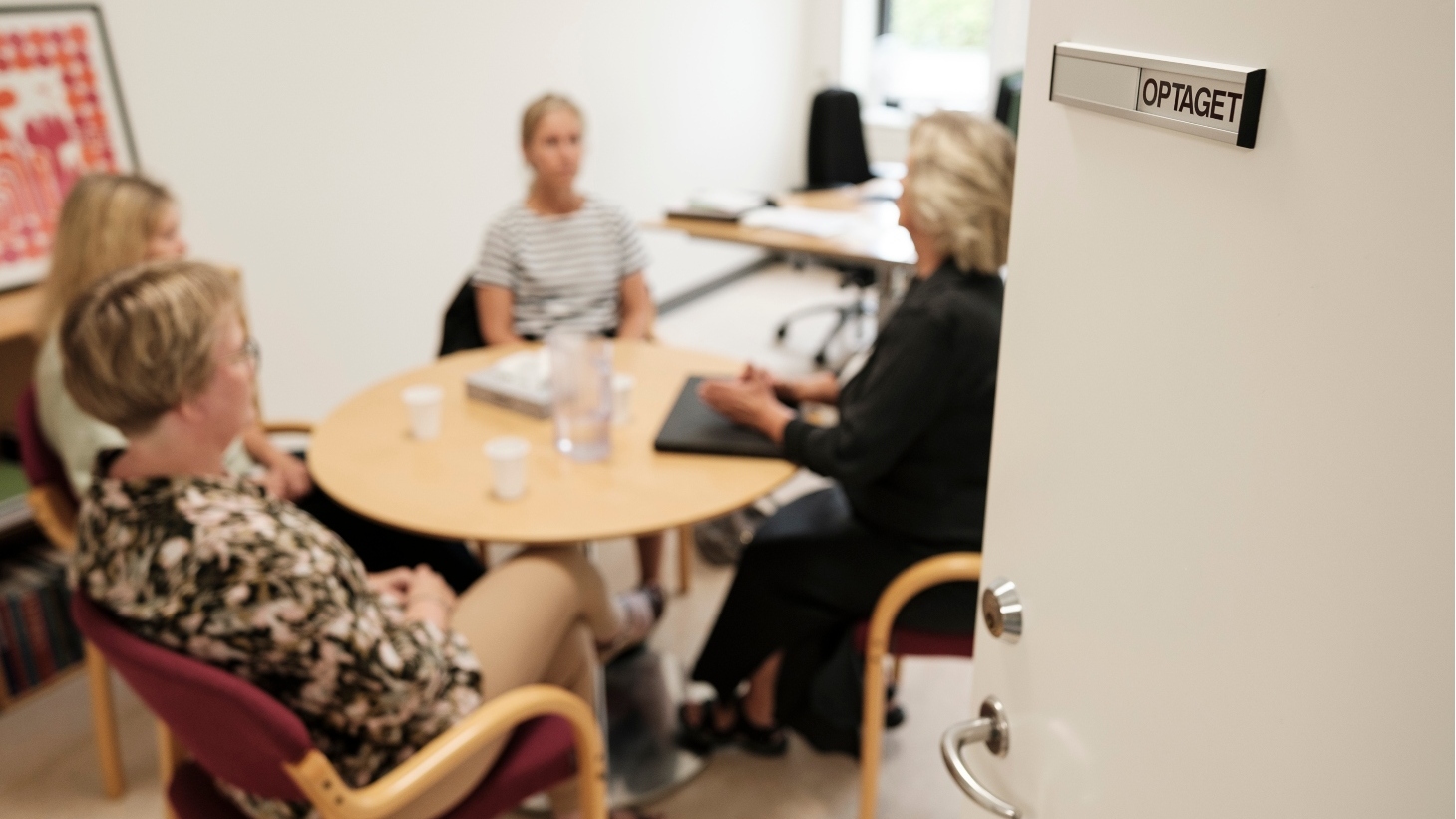 There are two types of documented, effective treatment for OCD: Psychotherapy in the form of cognitive behavioural therapy, and medication.

Doctors, psychologists and others with experience of treating OCD can decide what type of treatment is most appropriate. Before dismissing any option, it is important to get sufficient information about medication and cognitive behavioural therapy in order to be able to make an informed decision. In addition, it is important to remember that there is always a choice. The person is never forced to go on medication or to undertake a course of therapy, and it is always possible to taper off the treatment.

Some OCD sufferers will need supplementary medication, while cognitive behavioural therapy has good effect in many ODC sufferers.

At the start of the treatment, a list of problems and goals is prepared jointly with the therapist to establish a clear agreement about what to work towards.

Other behavioural therapy methods are also employed for the purpose of challenging the inappropriate compulsive behaviour (compulsive actions, avoidance behaviour, etc.) in which the OCD sufferer often becomes trapped.

The most important behavioural therapy methods for OCD are exposure and response prevention. During exposure, the OCD sufferer is exposed, gradually, cautiously and in small doses, to the things and situations that trigger obsessive-compulsive symptoms. This is done in combination with response prevention, which means that the person refrains from carrying out the compulsive actions.

Through this, the OCD sufferer learns that the anxiety or discomfort will recede on its own without the need to engage in compulsive behaviour, and he or she gains specific experience that the catastrophic thoughts are exaggerated and unrealistic. 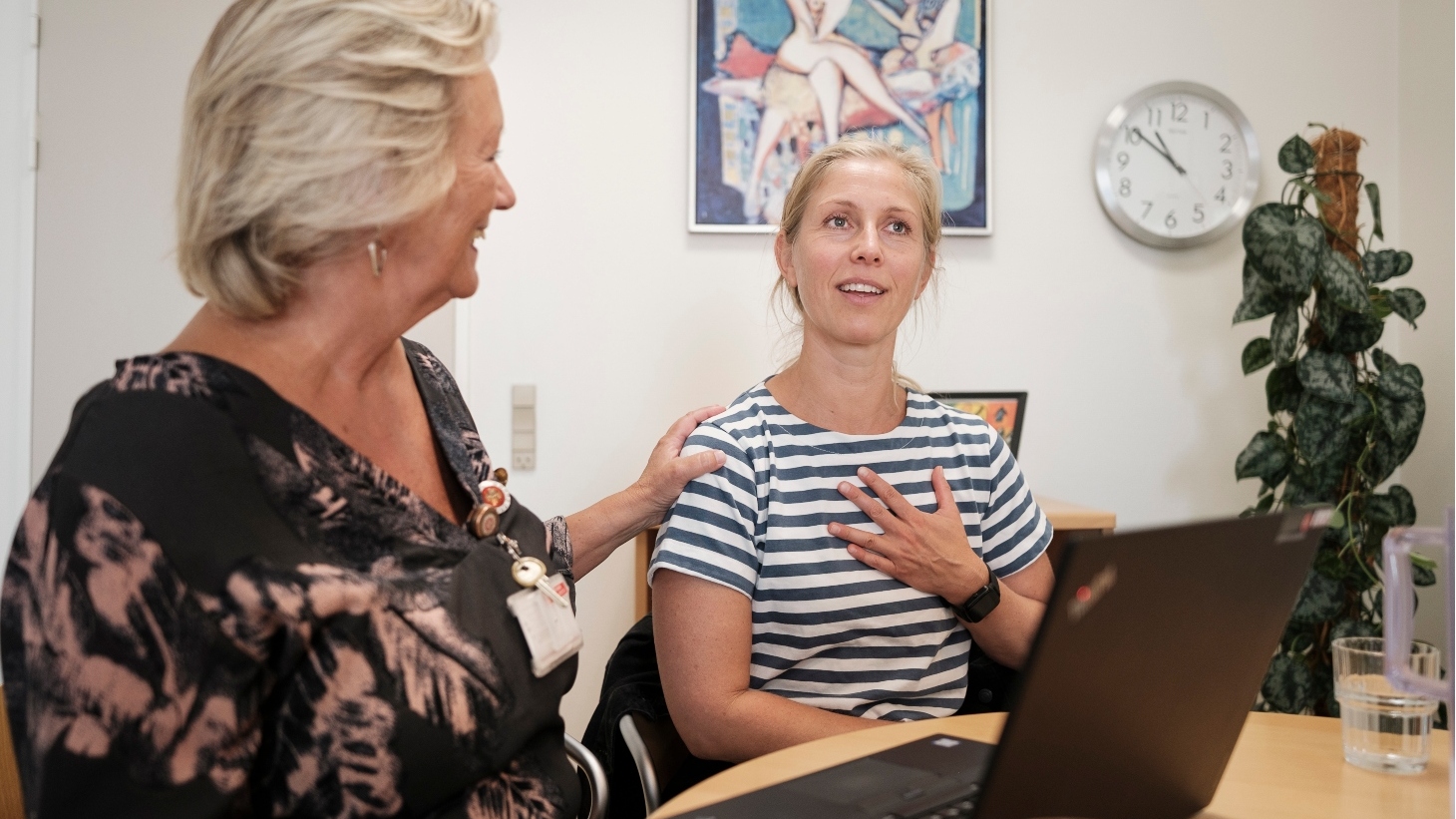 Cognitive behavioural therapy is arranged together with you

Home assignments are a very important part of the treatment. Here, the OCD sufferer transfers what he or she has learned in the treatment to his or her daily life. This is why, from the very outset, the person needs to be prepared to set aside plenty of time for home assignments between the sessions. Home assignments may consist of exposure and response prevention assignments or use of other methods.

Antidepressants are the principal medication used and they are effective in the treatment of OCD. This medication was originally developed to treat depression.

The most commonly used forms are SSRIs. SSRI stands for selective serotonin reuptake inhibitor. The name is derived from the chemical effect of the substance.

There are several different types of SSRIs. If one medicinal product is not sufficiently effective, or has unacceptable side effects, there may be good reason to try another medicinal product.

In addition to SSRIs, clomipramine is also used in the treatment of OCD. It is an older form of antidepressant.

Sometimes, the addition of a small dose of antipsychotic medication can be effective when combined with an antidepressant.

Unfortunately, it may take a long time for the medication to work. It takes patience to wait for the treatment to have an effect. However, it is important to test one medicinal product thoroughly before possibly switching to another. It is also important to take a sufficiently high dose.

The medication rarely results in the OCD symptoms disappearing completely. However, many describe that their compulsive thoughts become less intrusive and that their urge towards compulsive behaviour diminishes.

Some, but by no means all, experience side effects from the medication. Many side effects disappear after a few weeks of treatment, and the remaining side effects are most often mild.

However, some experience severe and persistent side effects. Here, a switch to another medicinal product may be necessary. Any side effects disappear when the OCD sufferer stops taking the medication. Neither SSRIs, antidepressants nor antipsychotics lead to physical dependence.

If the pharmacological treatment has an effect, it is recommended that it be continued for at least six months to a full year after the OCD sufferer’s condition has improved. After this, the OCD sufferer can slowly taper off the medicine by agreement with his or her doctor.

It is important to taper off the medication by agreement with a doctor and over a period in which the OCD sufferer is doing well and is not exposed to external strains and stresses.

Some experience recurrence in connection with tapering off the medication. It may then be an advantage to know the cognitive behavioural therapy methods and tools. They can then be used if there are signs of recurrence. Some people with OCD may need life-long medication.

Advice for people who have OCD

What can you do yourself if you are suffering from OCD?

Are you a relative of an adult with OCD?

Text on this page updated August 2021.